Seaweed as an internal curing agent & Strengthening in concrete –A Review 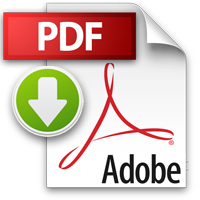 Increase in the developmental activities world over the demand for construction materials is increasing exponentially. India is also aiming at a high developmental rate compared to other nations in Asia there is a heavy demand for building materials in the domestic market day by day. Now a days the main focus is on sustainable development. Green construction materials take an important role in sustainable development. Seaweed is pure natural material that offers numerous advantages such as, Excellent heat insulation and heat capacity characteristics as well full Bio-degradability and strong carbon-dioxide fixation. Studies have been done on seaweed since 20 years in different areas such as Food, Cosmetic, construction industry (Concrete, Unfired Clay bricks, Roofs, Novel Biofiller)…etc Studies done on concrete were mostly focusing on increasing the strength of concrete but no researcher has focused on how seaweed can increase the strength of the concrete and use of seaweed as an internal curing agent. In this paper, we just want to review the literature and the importance of seaweed and its uses in concrete, a different test like Compressive, Split Tensile, Flexure and Chemical composition is carried out.